In today’s episode, Robert Drysdale, Brazilian Jiu-Jitsu black belt and world champion, explains why he attributes his success to his deep emotional investment in competition and winning. Robert’s frustrating childhood and obsession with perfection led him to understand how we achieve success and, surprisingly, it’s not by being happy and content. He is now focused on being a father, getting his degree in history, and teaching students of the sport at his own school and seminars around the world. Listen in as Robert explains why competition reveals who you truly are and permanently changes you for the better.

[01:30] –Introducing Robert and the origins of Judo and Brazilian Jiu Jitsu (BJJ)

[03:30] – He created expectations for himself to succeed and had a frustrating childhood

[03:50] – When he found BJJ he dedicated himself to it fully and was highly competitive

[04:35] – The emotional investment he had in BJJ is the reason for his success

[04:55] – He’s not the most athletic person, nor is he the most “Jiu Jitsu intelligent” person; his asset was his competitiveness and heart on the mat

[05:25] – He didn’t care about prestige or credit; he cared about winning on a much deeper level and didn’t accept anything but perfection

[06:00] – Since perfection could never be attained, there was a level of unhappiness and discontentment that acted as fuel

[06:20] – Robert remembers a quote from the movie Rush, where a character says, “Happiness is the enemy”

[07:20] – This quote speaks for how we achieve success; once we are content, we’re done, and the fire is out

[07:55] – He isn’t as emotional as he once was; a student passed his guard recently and he wasn’t upset

[08:48] – Winning was like a drug; he felt invincible for a few days then was back in the gym training

[09:40] – The pendulum of boredom, accomplishment and desire, and how art can help you overcome that constant swing back and forth

[10:10] – How Robert’s appreciation for BJJ has changed; he appreciates it as an art and sees it’s psychological and social benefits

[10:50] – The transition from the ultra-serious competitive state to his now relaxed and meditative state

[11:10] – He disliked the MMA culture; money poisoned the purity and essence of the art

[11:45] – He failed his drug test and saw another side of people that he hadn’t seen before; he evolved to realize that he didn’t have to prove anything to people

[12:30] – He had daughters and his priorities changed, he also wanted to focus on his brain health

[14:13] – He believes he experienced that “fire” for longer than most of his peers because he fought for the right reasons

[15:35] – Competition changes you and reveals the weakness or strength in your mental state

[16:25] – Some people create an armor to protect a weak interior, and some weaker-looking people are full of heart and toughness

[17:15] – Competition teaches you how to control your emotions; he was bullied in school and conquered his emotions in the process

[17:50] – He got to a point where he could sleep before matches because he was so relaxed

[19:40] –After fighting everything looks like less of a challenge; his confidence is elevated because of that

[20:50] – Some people say it’s like human chess, but Robert thinks it’s harder because it isn’t 2-dimentional

[22:00] – MMA as the most complete martial art because it is as real as it gets; Robert is fascinated by it

[22:35] – It’s the culture that Robert doesn’t like; he had a promising career and left it

[23:15] – In BJJ, there was a greater sense of community that the MMA community lacked

[24:44] – He’s working on a documentary on the history of Brazilian Jiu Jitsu

[26:20] – It’s been fun for Robert and he’s learning a lot about filming and producing a film; his goal is for it to be archival and used for educational purposes

[27:50] – He hopes it’ll be referenced in the future; they’ve interviewed masters and founders of the sport

[28:40] – He hopes to release it in December, but understands that it may take longer than expected

[30:00] – Recommendations for anyone wanting to start Jiu Jitsu

[30:15] – Every gym has a culture; shop around for something that fits what you are looking for and has a culture you resonate with 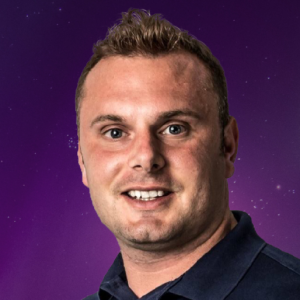