Hypnotizing Someone with Hypnotic Power Words and Phrases 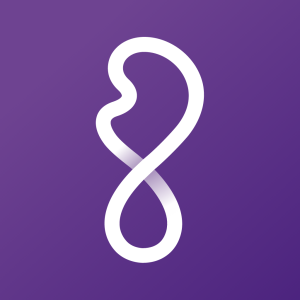 One of the most impressive features of hypnosis is that, despite it being very effective, it requires few tools other than words. You may be wondering then if hypnosis uses certain words that are more powerful than the words we use in our everyday communication. The answer is no—hypnosis doesn’t rely on a certain, special vocabulary in order to work. In fact, it uses simple words and phrases that you already use every day. The power of hypnosis lies in how these specific words are used.

Let’s explore what hypnotic words and phrases are, how they’re used, and whether they’re effective over text and the phone. We’ll also share some of the most powerful hypnotic words you can use, and explain why they work. You may even improve your own communication skills and learn how to influence others in the process. Let’s dive in!

What is a Hypnotic Phrase or Word?

A hypnotic phrase or word (also called a “power word”) is an impactful word that’s used with a specific intention. The intention is often to help the person being hypnotized reach their goal.

It’s important to understand that all words (not just hypnotic words) come with inherent meaning and impact. As you’ve undoubtedly experienced, some words can inspire and motivate you, while others can deter or discourage you. And you already know how to use your words to make a big impact—like telling someone “I love you” or telling someone “I hate you.” Certain words set off certain subconscious triggers in a person’s mind. This is the cause and effect that words can have.

When you use words with intention, you have the power to:

So it’s not surprising that when certain words are used intentionally, they can cause a hypnotic effect. This is especially true when multiple power words are used during a single hypnosis session. In other words: Hypnotic language is composed of ordinary words put to a specific use. The more intentional language used, the more powerful the results can be.

How are Power Words and Phrases Used in Hypnosis?

Whether they’re used during a self-hypnosis session or by a hypnotherapist, hypnotic words help induce you into a hypnotic trance by doing three things.

When used correctly, hypnotic power words (combined with other hypnosis techniques, like repetition, language patterns, imagery, and music) have the power to influence people by both engaging and relaxing them. Once they’re relaxed and engaged, they’re more susceptible to the hypnotic suggestions that will help them reach their goal. These words also help to connect ideas, making the hypnotic narrative flow.

Here are some of the most commonly-used hypnotic words and phrases in the English language: Hypnosis is all about bypassing the critical, conscious mind so you can access the unconscious mind. In the unconscious mind can you make lasting behavioral and cognitive changes. (Getting past the conscious mind is called “bypassing the critical factor.”) Using the word imagine is a great way to do this because it helps the person being hypnotized relax their rigid thinking patterns. When people are asked to use their imagination, they’re likely more willing to envision scenarios and possibilities that they otherwise may not have been open to entertaining.

Take for example the phrase “Imagine yourself feeling completely at ease as you walk into a dinner party.” When a socially anxious person is asked to do this, they may be able to embody the feeling of being relaxed in a social situation more easily, because they know they’re just pretending. However, once they know what that sensation feels like, hypnotism can help lock that feeling into their subconscious mind. This allows for easy access to that feeling when they’re in a real social situation.

It’s worth reiterating that the goal of hypnosis is to bypass the conscious mind and get to the unconscious mind. One way to do this is to provide a reason for the hypnotic suggestions being made. The rationale is that if the conscious mind sees reasons as valid and logical, it will let down its guard. This makes the word because a helpful tool. For example, you may hear your hypnotist say something like, “Because you’re feeling calm, you can relax even further.”

Using the hypnosis power phrase sooner or later makes the hypnotist’s desired result seem inevitable. But instead of being direct, the power of this phrase lies in the fact that it’s subtle. And subtlety is important in hypnosis, especially since people may feel repelled by abrasive or pushy statements.

For example, if your hypnotist says, “Sooner or later, you will be repulsed by the idea of eating junk food,” you’ll begin to feel that, inevitably, potato chips will disgust you, so you might as well stop eating them now! When a hypnotist suggests that someone finds themselves in a certain state or situation, the implication is that they are currently in that situation. It’s just that they’re only now realizing it. This makes it easier for the person to embody that situation, since it feels inevitable and true. For example, your hypnotist may say something like, “You find yourself feeling an overwhelming sense of peace.”

Using the power phrase just pretend is similar to using the power word imagine. It allows the person being hypnotized to temporarily set aside their critical, practical thinking patterns. Just pretend permits them to go along with whatever the hypnotist is suggesting without feeling like they’re abandoning their common sense, because they’re just pretending. For instance, your hypnotist may prompt you to “just pretend that you are falling into a trance.”

Using the phrase what would it be like if asks the person being hypnotized to envision a scenario where a desired outcome occurs. This is a successful technique because the mind is hardwired to answer any question asked of it. So you’ll naturally embody whatever scenario is presented to you. For example, your hypnotherapist may ask you, “What would it be like if you drifted into a calm, relaxed state?”

Similar to when a hypnotist uses the power phrase find yourself, the word realize implies that you are already in the situation that’s being alluded to—but you’re only just now discovering it. For example, “You realize that your eyelids are getting heavy.”

Like the power words and phrases imagine and pretend, using the word suppose allows the hypnotist to make a gentle suggestion without pushing you into a state of disengagement or disbelief. Your hypnotist may say something like, “Suppose you were feeling an overwhelming sense of calm,” which feels a lot more inviting than someone simply telling you to calm down. The power phrase what’s it like when again capitalizes on the mind’s desire to answer questions and fill in the blanks. So if someone were seeking hypnosis for success, the hypnotist might ask a question like, “What’s it like when you feel completely successful?” The person being hypnotized will naturally embody the feeling of being successful to answer the question.

Have you ever been lulled to sleep by a song or a rhythm? Has a repetitive noise ever helped you relax? It turns out that the cadence and rhythm of sounds can help us enter a calm, trance-like state. So it makes sense that the strategic use of the word and by a hypnotist can help to lace words together in a way that lulls you into a hypnotic state. For example, your hypnotherapist may prompt you that “you’re feeling calm and your eyelids are getting heavy and they begin to close,” etc.

During a hypnosis session, a hypnotist will combine many hypnotic words and phrases to induce you into a trance. Then, they will make helpful suggestions to get the best results. Combined, these words and phrases are more powerful than when spoken separately.

Take for example these sentences, which use multiple hypnotic words and phrases: “Remember when you felt deeply confident in a social situation? Suppose you find yourself feeling that way now. What does it feel like? What would it be like if you felt this way at your next event?”

Can You Hypnotize Through Text?

It’s possible to hypnotize through text. Hypnotic words have a lot of power because of their implicit meaning. It’s not so much how they are said, but how they are used. Therefore, it’s possible for hypnotic effects to transfer through text. In fact, some scientists assert that when you’re engrossed in reading a book, it’s the same as being in a hypnotic trance. That said, spoken hypnotism is the most scientifically supported and effective way to hypnotize someone. Additionally, we only recommend experiencing hypnosis through a hypnotist, hypnotherapist, or reliable hypnosis app. Can You Hypnotize Someone Over the Phone?

This is also why hypnosis apps for phones (and tablets) work so well.

Choosing hypnosis over the phone or with a phone-based app is a great option for those whose schedules don’t allow them to visit a hypnotist’s office. It’s also great for those who simply prefer conversational hypnosis in the privacy of their own home. Plus, hypnosis apps allow people to get hypnosis on their own schedule.

Luckily, hypnosis on your phone can provide just as successful of results as in-person hypnosis sessions. And because phone-based hypnosis apps are less expensive than going to a hypnotist in person, you may be able to afford more sessions, leading to even better results.

Now that you understand the power of words, and how they can help you achieve your goals in a hypnotic setting, what are you waiting for? If you’re ready to benefit from the power of conversational hypnosis, you can start today! You don’t have to go see a hypnotherapist to experience the science-backed benefits of hypnotherapy. Instead, try Primed Mind: a free-to-download hypnosis app that brings the power of hypnotic primers to your phone or tablet.

One of the world’s leading mindset coaches created Primed Mind so that everyone can have access to quick (5-20 minute) hypnosis sessions. These sessions are designed to help you break through mental roadblocks and achieve your goals. Just like an in-person hypnosis session, Primed Mind uses the phases of induction, deepening, and hypnotic suggestion to guide you into a hypnotic trance.

Then, it gives you hypnotic suggestions that help you reach your goal. Finally, the app guides you back out of the trance once your session is complete.

Primed Mind features an easy-to-use interface full of primers targeted to very specific goals. It’s as perfect for someone who’s never tried hypnosis before as it is for someone who’s been getting hypnotized for years. Plus, it’s a great option for those who feel averse to trying hypnosis in person. Try a primer on nailing your nutrition goals, studying effectively, or being confident in any situation to get started today—Primed Mind is free to download!

Is Hypnosis Real? What Science Has to Say About Hypnotherapy

What is Mindful Eating? A Beginner’s Guide | Primed Mind

How I Prime – Winning a WSOP Bracelet